Counties existing in Deseret at the end of 1850 are blacked in on the map. The first counties were restricted to inhabited valleys. Iron County between January and December 1850 was called Little Salt Lake County. Davis County was created in October, 1850, out of Weber and Great Salt Lake Counties; the latter originally extended almost to the northern Davis County boundary. 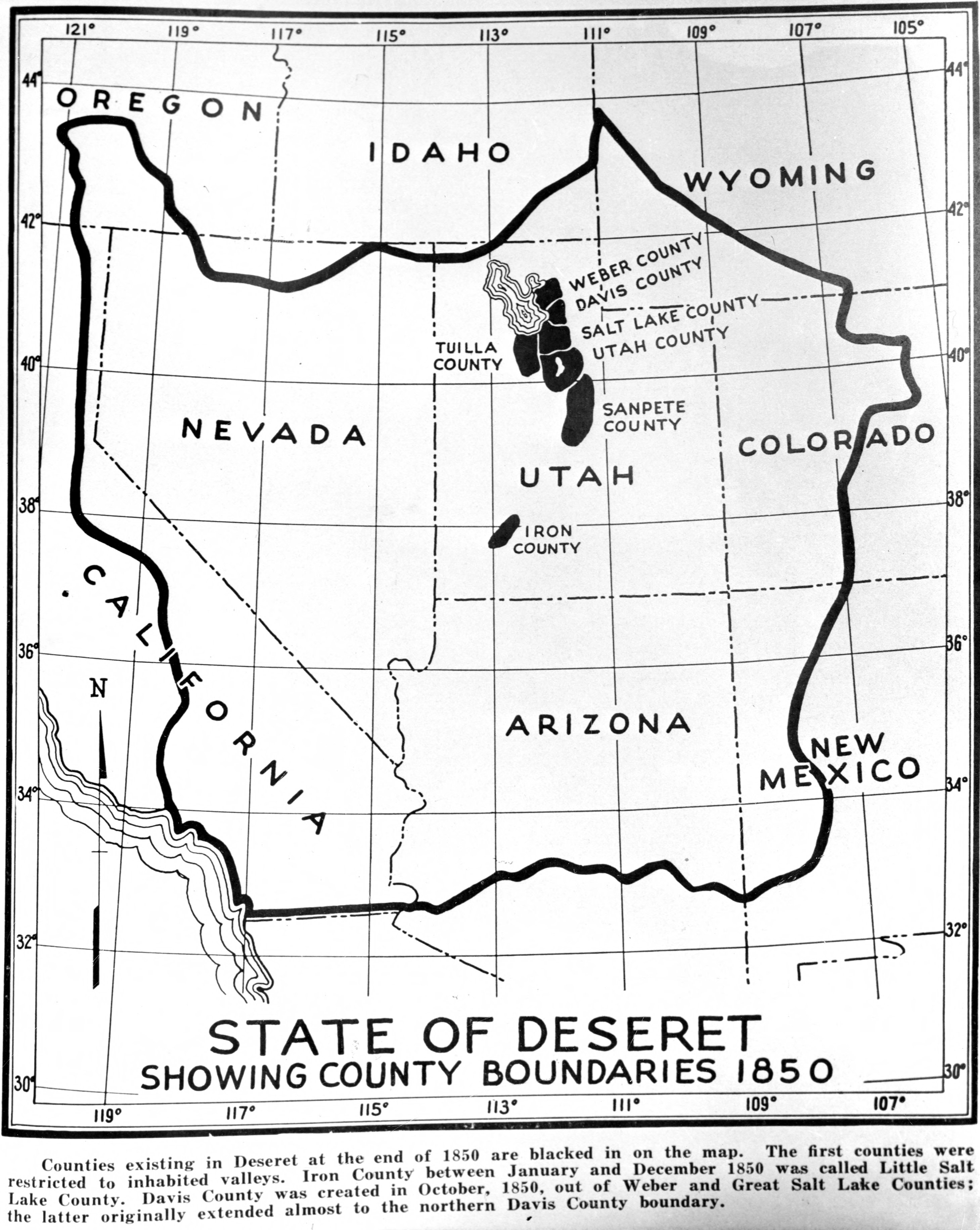